Hoosic Valley Eases Through Round #1

Hoosic Valley eases through round one of Sectional Play.  The Hoosic Valley Girls Team defeated Stillwater by a score of 58-27 and the Boys Team beat Duanesburg 46-36. 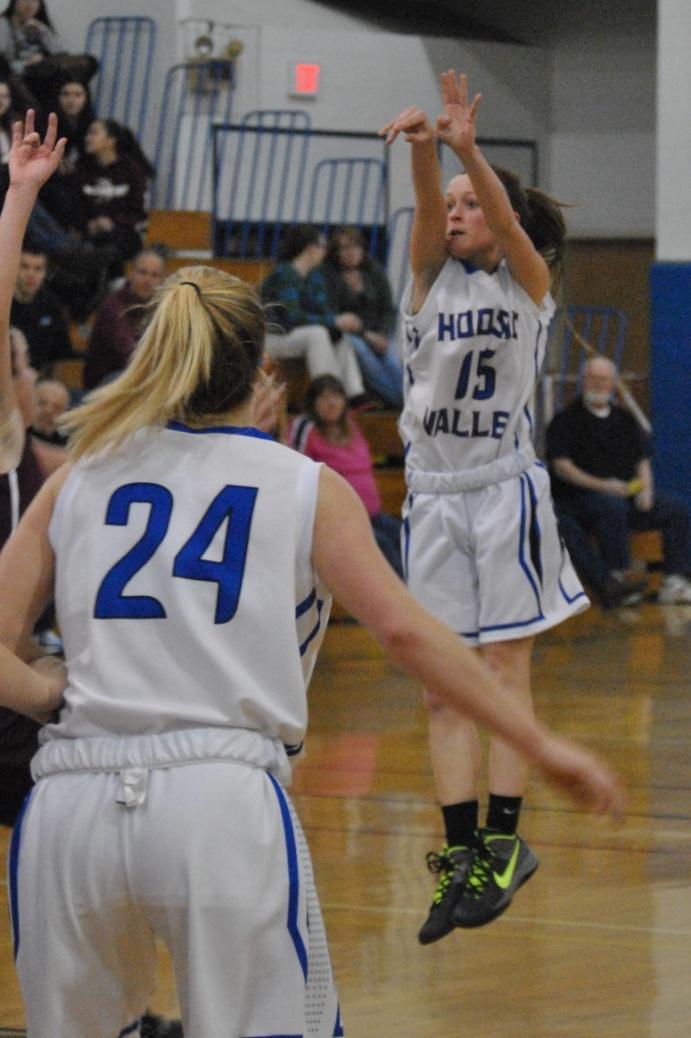 Sydney Fitzpatrick puts up a three from the top of the key.  Fitzpatrick made four three pointers and score 14 points for the night.  She was one of three Indians in double figures.  Cassidy Chapko had the game high with 16 points and Kim Kocienski had 15 points. 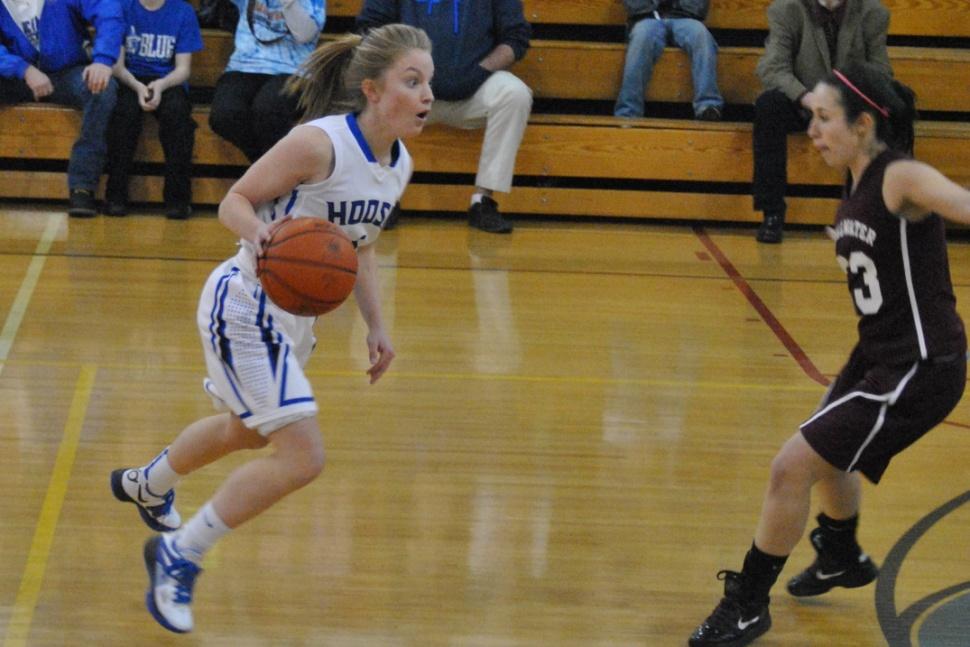 Cassidy Chapko kept the Warriors on their toes as they try to keep up with her running, skipping and hopping down the court. 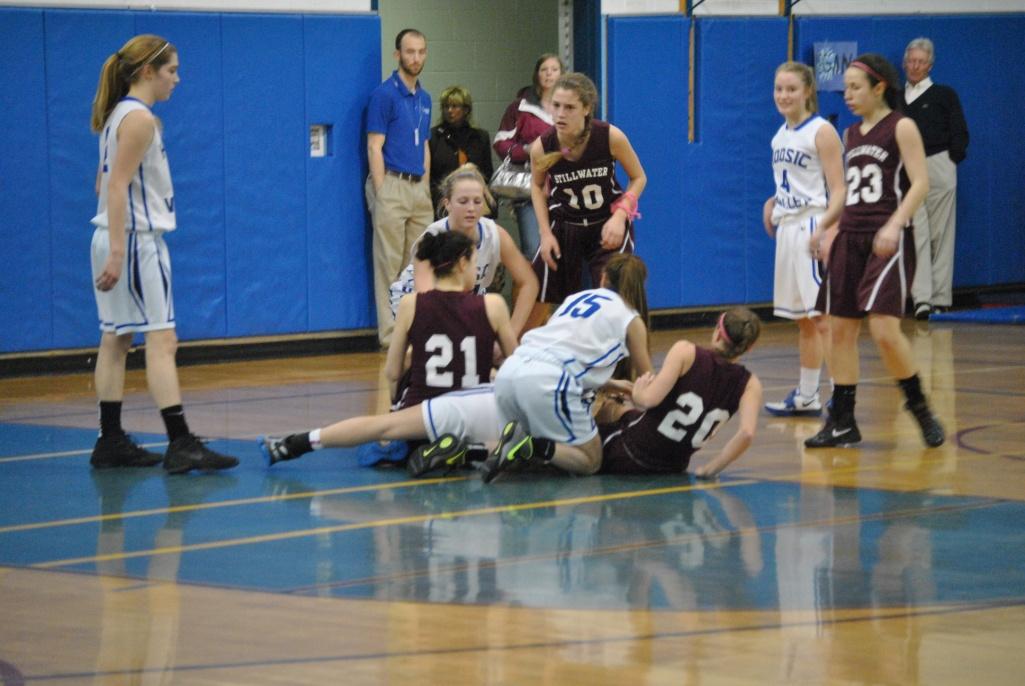 Loose ball free-for-alls are pretty common when trying to penetrate the Indians D! 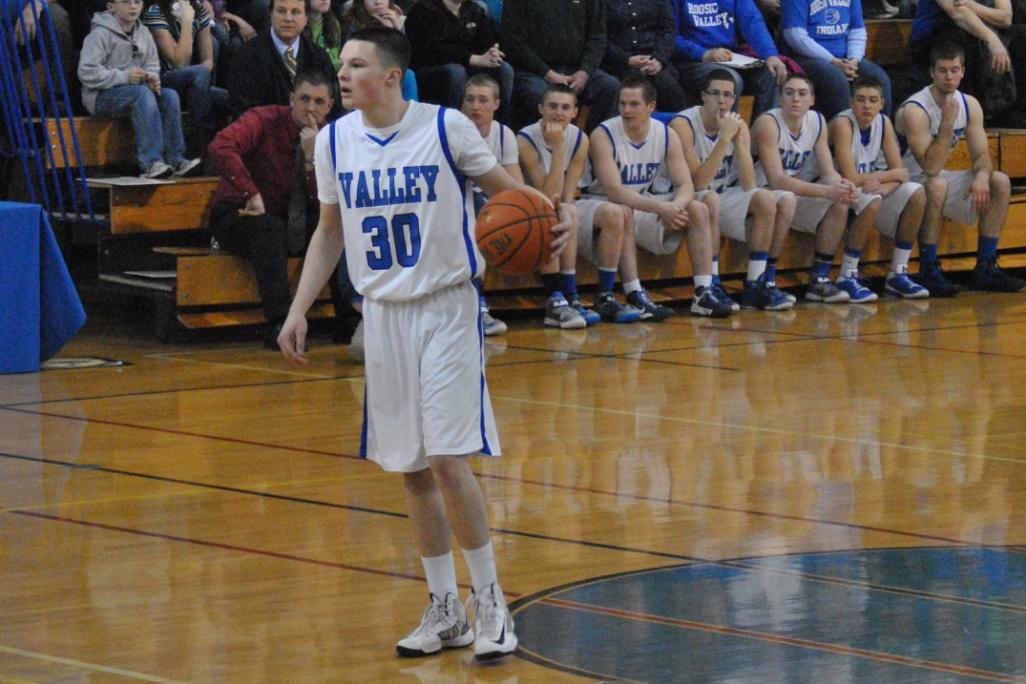 Mike Pierre had a game high 13 points as he led the Indians to a win over Duanseburg. 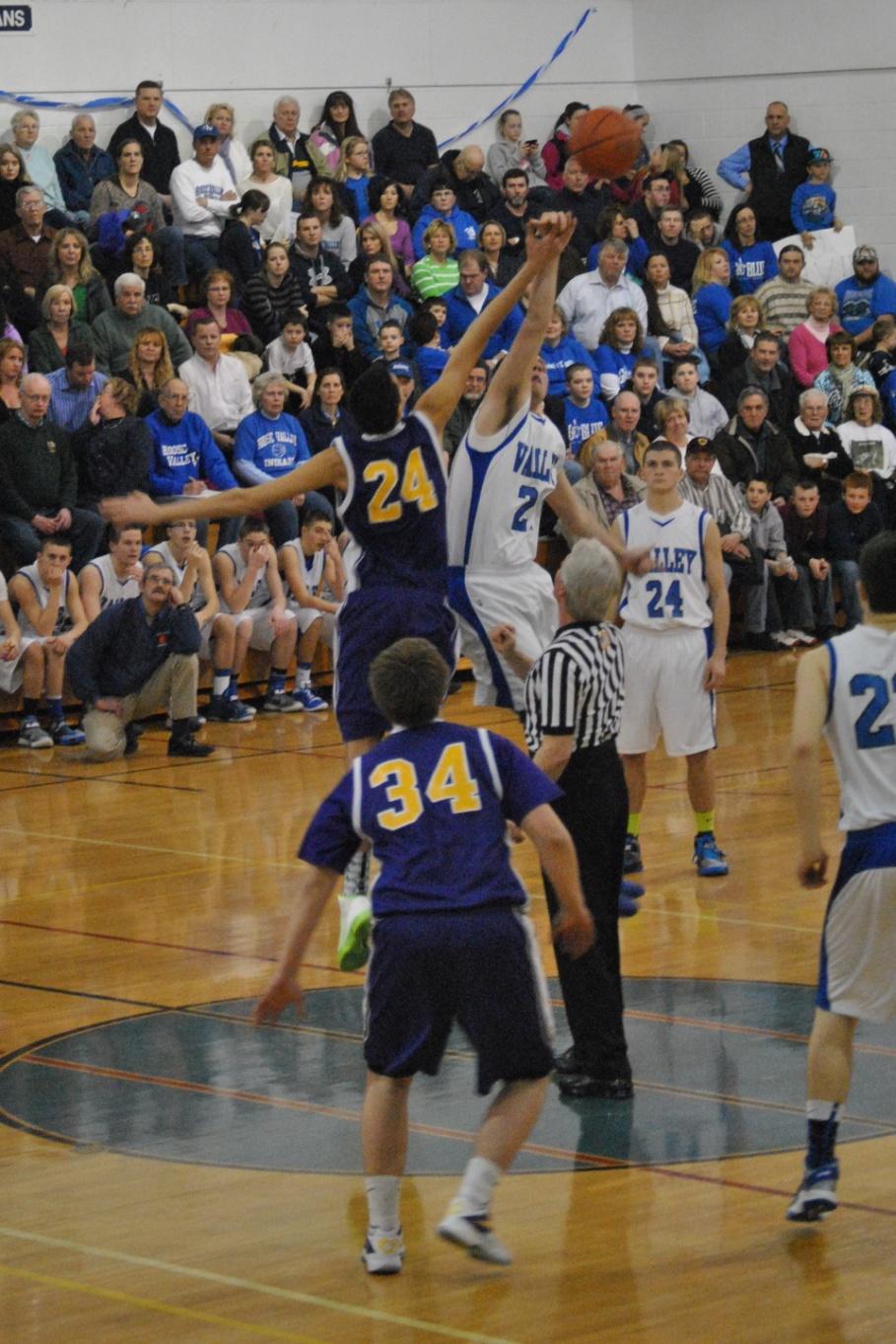 Center Ethan Ross-Hixson wins the tip in front of a full house.  Indian fans had a great night watching both teams advance to the next round. 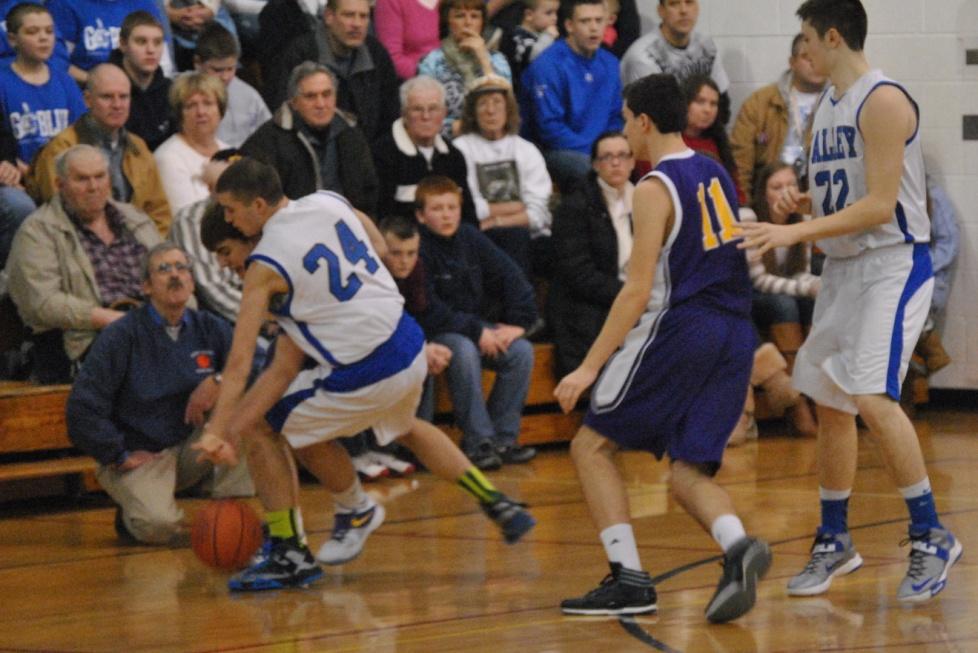 Frank Acker keeps the pressure on.  Frank’s been a solid defender all year and put up 10 points in the Indians first sectional win.